Hi, everyone and welcome to Perfectly Planned Content’s Writing Wednesday video series where we dive into the power of words and the many ways writing impacts your business. I’m Lauren Keller, Director of Content and Strategy, and I’m thrilled to bring you a monthly video series completely dedicated to the craft of writing.

The workplace is dictated by rules—written or not—about how to behave and conduct oneself. But as many successful business owners know, following all the rules to a “t” doesn’t always get you where you want to go.

Sometimes, you need to break the rules.

That may be difficult to hear for people who thrive in order and structure like myself, but intentionally breaking away from some rules can actually advance your career like thinking outside the box, altering the status quo, or creating a new standard.

As Pablo Picasso said, “learn the rules like a pro, so you can break them like an artist.”

Writing, like painting, is an art form, and today, I’m going to show you three writing rules you should break to improve your content.

Rule #1: Never Start a Sentence with a Conjunction

Too much red ink has been spilled on papers throughout the years over this first rule. To figure out why this is considered a faux pax, let’s look at the definition. A conjunction is a part of speech used to connect phrases or clauses, and as such, implies that it should be a continuation of the sentence as opposed to the start of a new one.

Beginning a sentence with a conjunction can be seen as informal or conversational—two words your English literature teacher probably never wanted to encounter. But it’s not an error, instead, it’s simply a style preference.

When blogging, readers tend to prefer a relaxed and conversational tone—it’s the whole write like a human concept. So starting with a conjunction won’t phase them. This rule boils down to what nearly all writing rules do: know your audience.

Your Ph.D. dissertation on the economic effect of coupons will likely have a more formal tone than your blog on family budgeting—know your audience and don’t be afraid to start your sentence with a conjunction.

If someone told a creative writer or copywriter, that they weren’t allowed to write sentence fragments, they’d give a collective blank stare and start laughing until tears rolled down their cheeks.

People speak in sentence fragments. All the time. Why? They’re often used to communicate an idea, add drama or intrigue to a dialogue/conversation, create rhythm, or suit a certain writing style. One thing’s for sure, sentence fragments aren’t formal and they aren’t right for everyone.

What makes a sentence fragment?

For a sentence to be complete it needs three elements:

Let’s look at an example. Read the following sentence to see if it’s complete.

Under the late-May sun, I read until I forgot the time.

That is a full sentence. But simply, under the late-May sun, wouldn’t be a complete sentence since there isn’t a verb. While sentence fragments should likely be avoided in formal and academic settings, they can thrive in other types of writing. Let’s explore some famous examples of sentence fragments.

Your sentences don’t have to be complete to accurately convey an idea or reach your audience. Sometimes, it’s better if they’re not. Seriously!

Rule #3: Don’t End a Sentence with a Preposition

Poor prepositions, always left with no one to play with. Until now! (Wow, two broken rules in a row!)

Your English teacher has probably drilled it into your head that you should never end a sentence with a preposition. But, doing so isn’t always committing a grammatical error, rather, it’s more often than not a matter of style and preference. Sensing a theme?

Prepositions signal a noun’s relationship to other words—a.k.a parts of speech that give you the skinny on everyone else. These words often indicate space or time. Examples include:

Let’s see these parts of speech in action.

There is nothing grammatically incorrect about the above sentences, they just carry a slightly more casual tone.

Not all writing rules are bad. Some, make a lot of sense, like vary sentence structure, know your audience, prioritize simplicity, and several more. At the end of the day, it’s about choosing the right words that best serve the work and your audience.

Writing is an art form, so breaking the rules comes with the territory. When you decide to break the rules, do so with thought and intention. If a rule doesn’t serve your work like perhaps you need to end that sentence with a preposition—do it!

Don’t be afraid to try something new! So get out there and break some writing rules!

Want more tips on grammar rules you can ditch? Let me know!

About the Author: Zoë Meggert

As the founder of Perfectly Planned Content, I've built strategies for financial planners to master their marketing because I firmly believe that they’re changing the world—one life at a time. Together with my clients, my team and I help develop and implement unique content marketing plans that connect and convert. 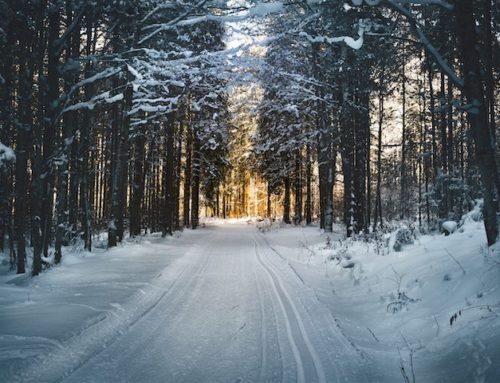 5 Tips For Financial Advisors To Create A Valuable Resources Page

This site uses Akismet to reduce spam. Learn how your comment data is processed. I’m so glad that you’re here! My name’s Zoë Meggert, and I help financial planners and personal finance professionals with their content marketing. Here at Perfectly Planned Content, you’ll find the resources you need to tell your story, communicate your value, and put together a marketing strategy that converts clients. Read more about me and my story here.